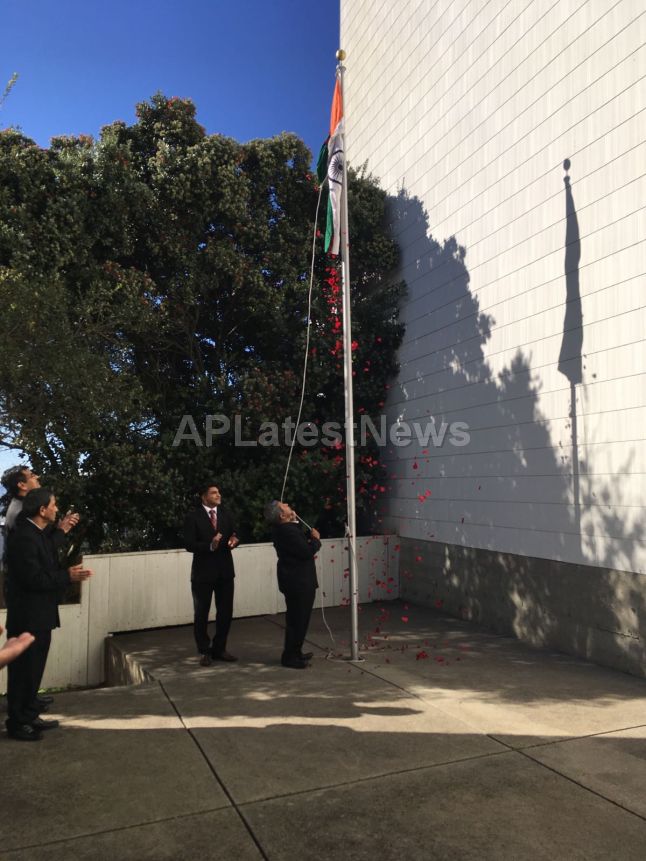 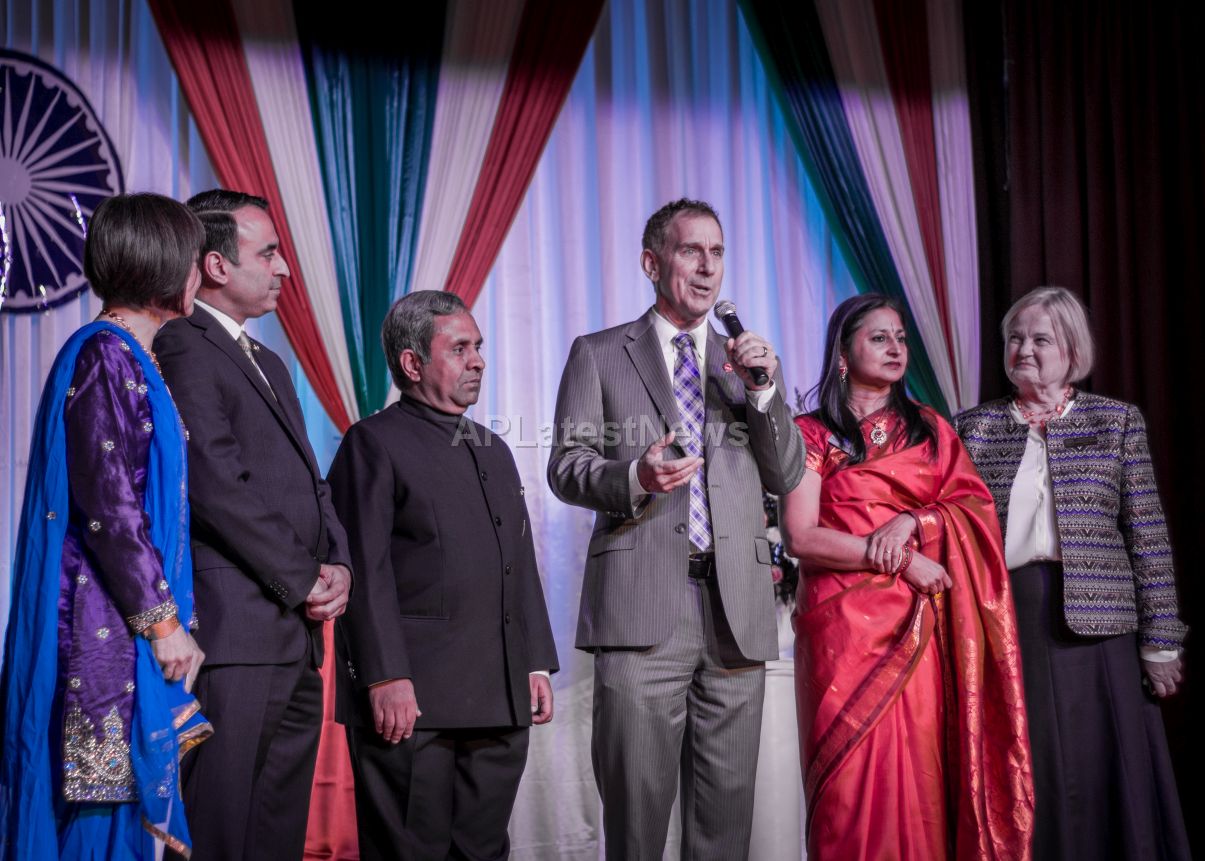 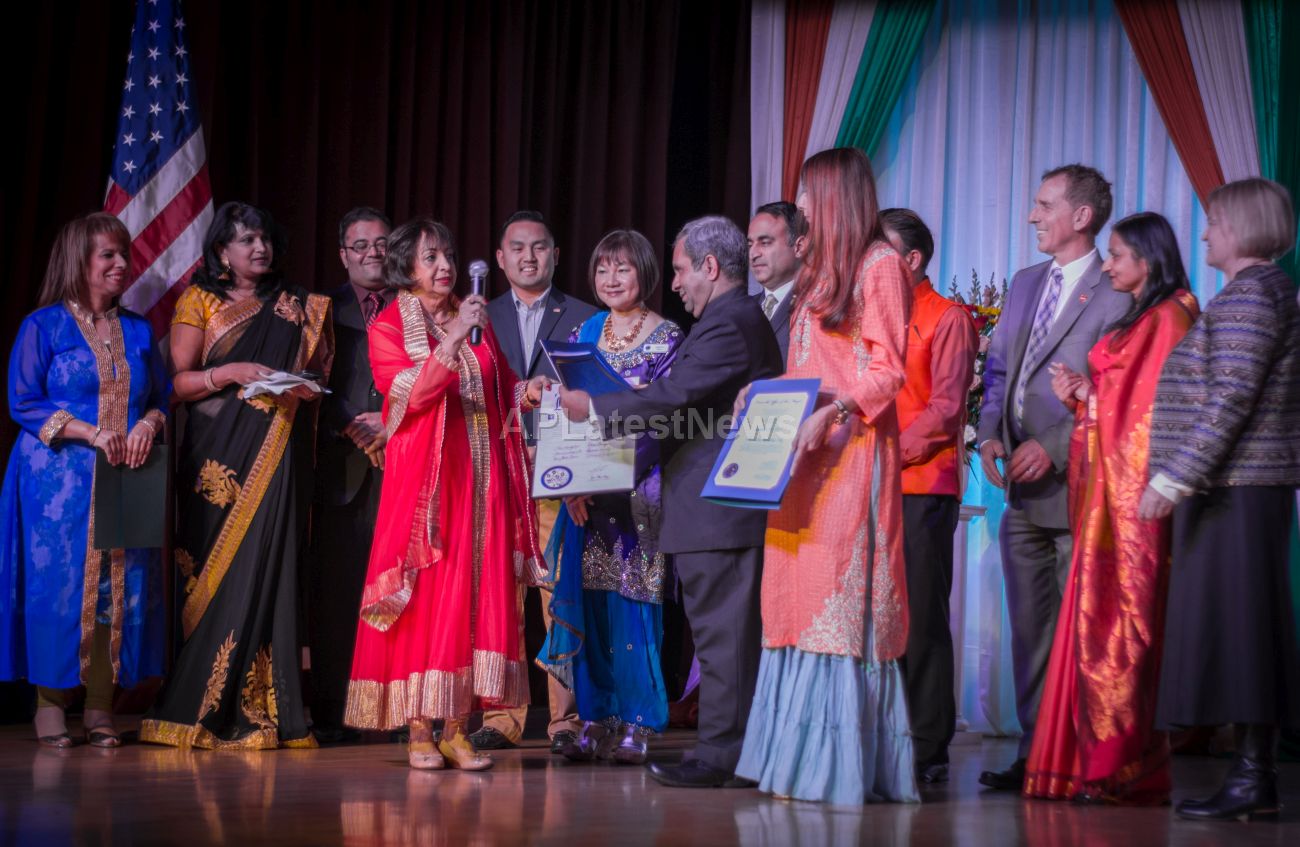 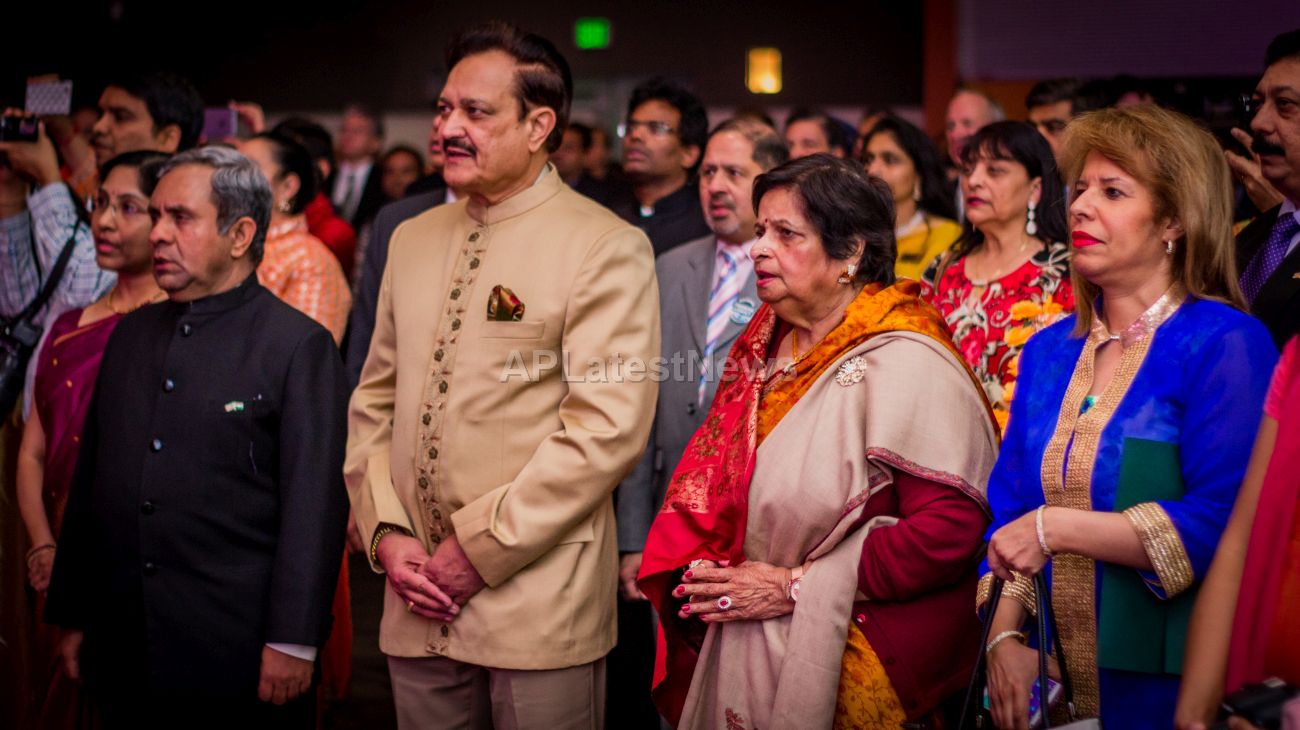 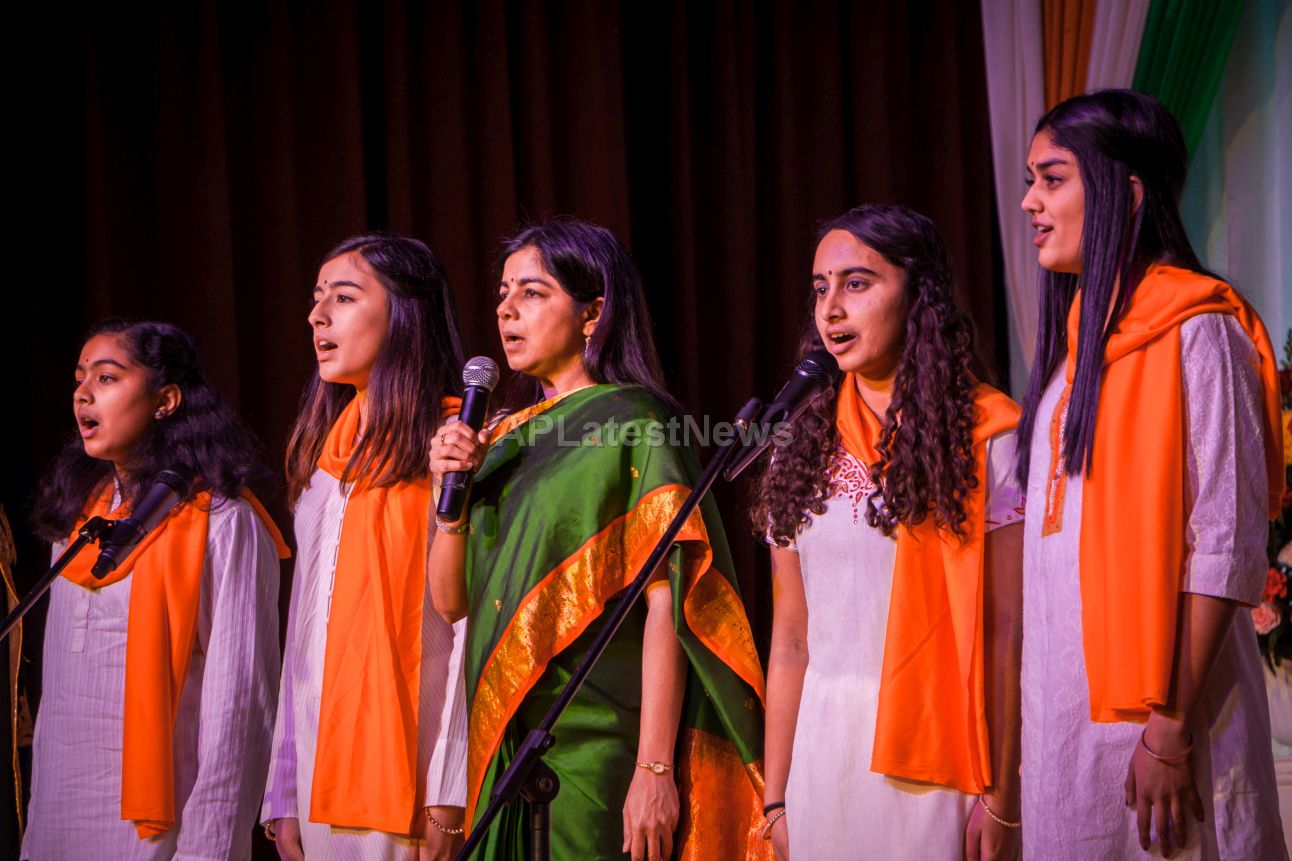 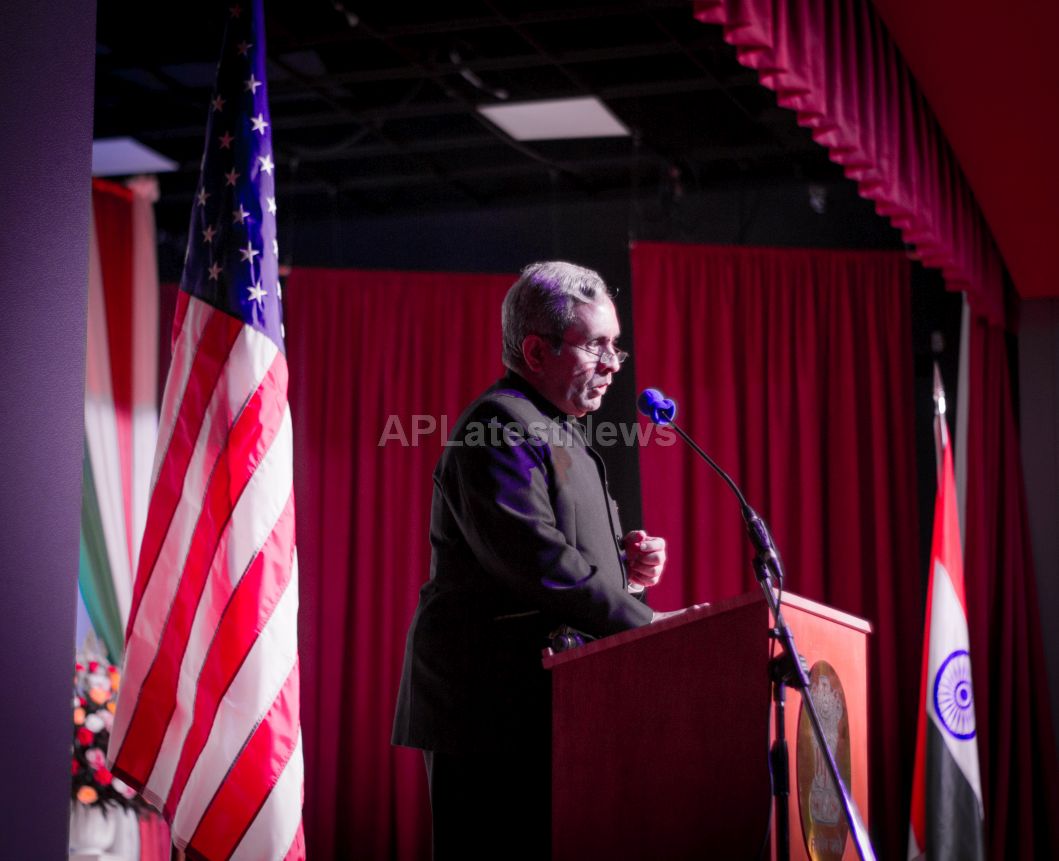 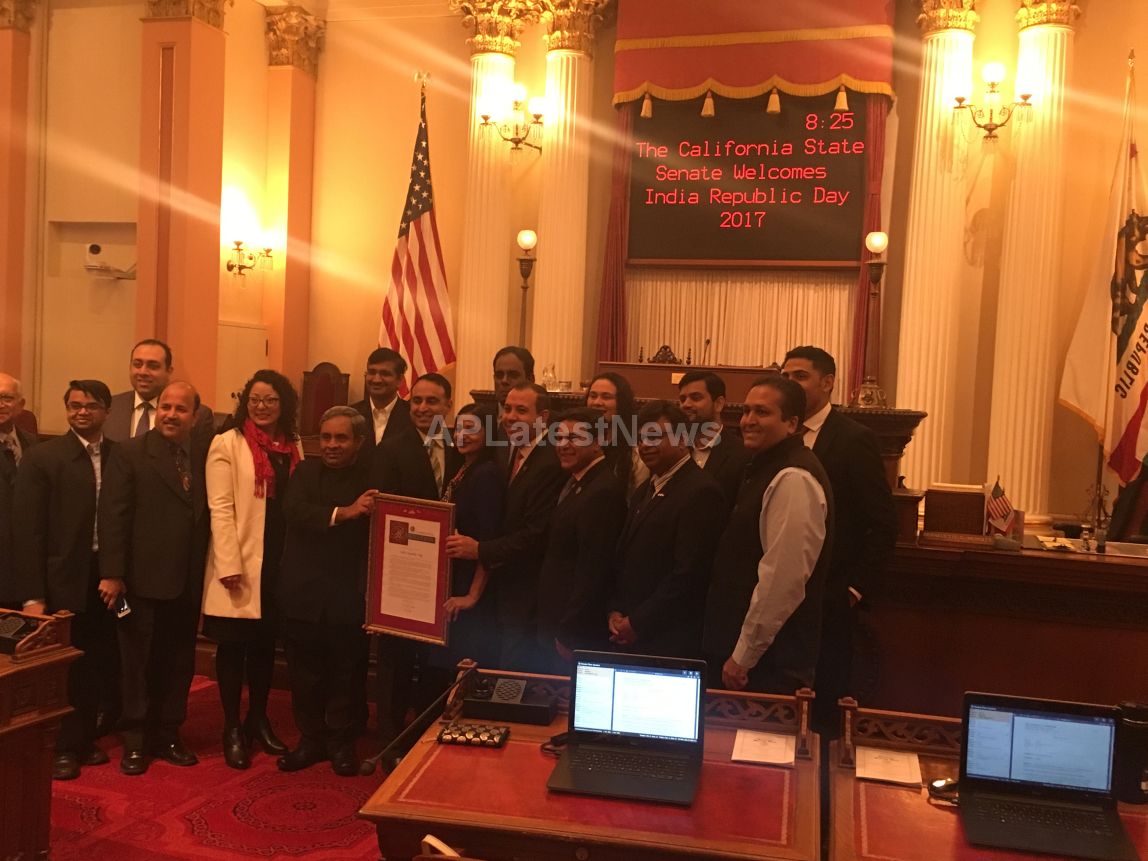 1. The 68th Indian Republic Day was celebrated by the Consulate General of India, San Francisco on 26.1.2017. In an event organized at Gadar Memorial Hall, San Francisco, Consul General Shri Ashok Venkatesan hoisted the Indian Flag. Later, he had also read the speech delivered by Honarable President of India, Shri Pranab Mukherjee on the occasion. The event was attended by a number of officers and officials of Indian Consulate, San Francisco and their family members.

2. Later, in the evening, the Consulate had also organized a reception on the occasion, in India Community Centre, Milpitas. California State Senator Bob Wieckowski, Indian- American member of California State Assembly Ash Kalra, Indian- American woman Mayor Savita Vaidyanathan, several Council members of cities around San Francisco, Consul General of Indonesia, San Francisco, Deputy Consul General of Japan etc. were some of the dignitaries who graced the occasion. In addition, approx.600 Indian- American community members have also attended the event. In his speech, Consul General Shri Ashok Venkatesan had highlighted the importance of Republic Day to India. He also mentioned the various Flag Ship Programmes of Government of India including Make-In India, Digital India, Namami Gange etc. While mentioning about the recently held Pravasi Bharatiya Divas in Bengaluru, he also informed the audience about the opening of Pravasi Bharatiya Kendra (PBK) in New Delhi. He also mentioned that this year will be observed as 350th Birth Anniversary of Shri Guru Gobind Singh ji and -India at 70-. He had also informed that in year 2016, the Consulate had celebrated 125th Birth Anniversary of Dr. B.R. Ambedkar and also observed the -Constitution Day-. Further, he had also conveyed the progress on the issue of renovation of Gadar Memorial Hall, San Francisco. In addition, he had also informed the audience the various Consular services being rendered to the community by the Indian Consulate, San Francisco. He also suggested them to convert their PIO cards into OCI Cards well before the dead line given by the Government of India. Later, a presentation on Namami Gange was given by the NGO Sewa International. Later, the Consul General had also felicitated all those dignitaries who attended the function. Some of them have also given proclamations on the occasion. Few Cultural programmes were also arranged on the occasion. Later, Consul General had also felicitated Mr. Mahesh Kale, well known singer from bay Area of San Francisco, who received best male play back singer award by Government of India for the year 2015, the artists and the children who participated in the cultural programmes.