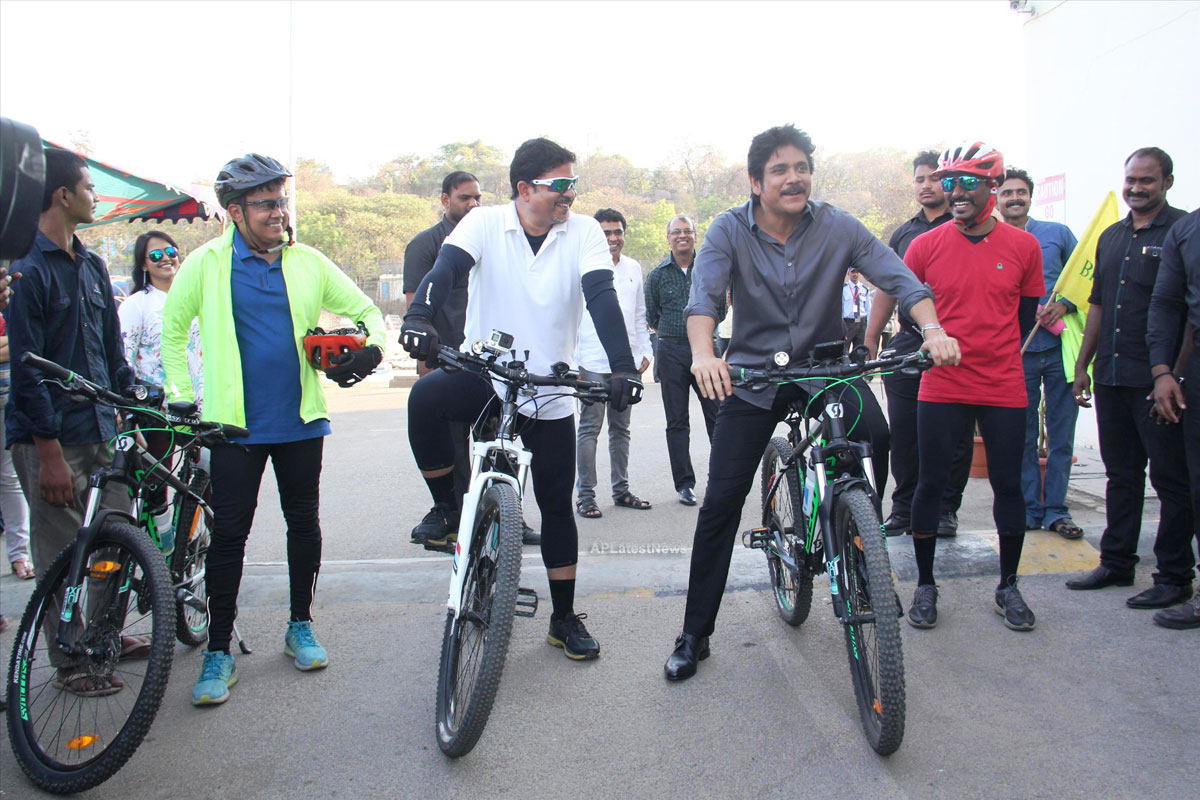 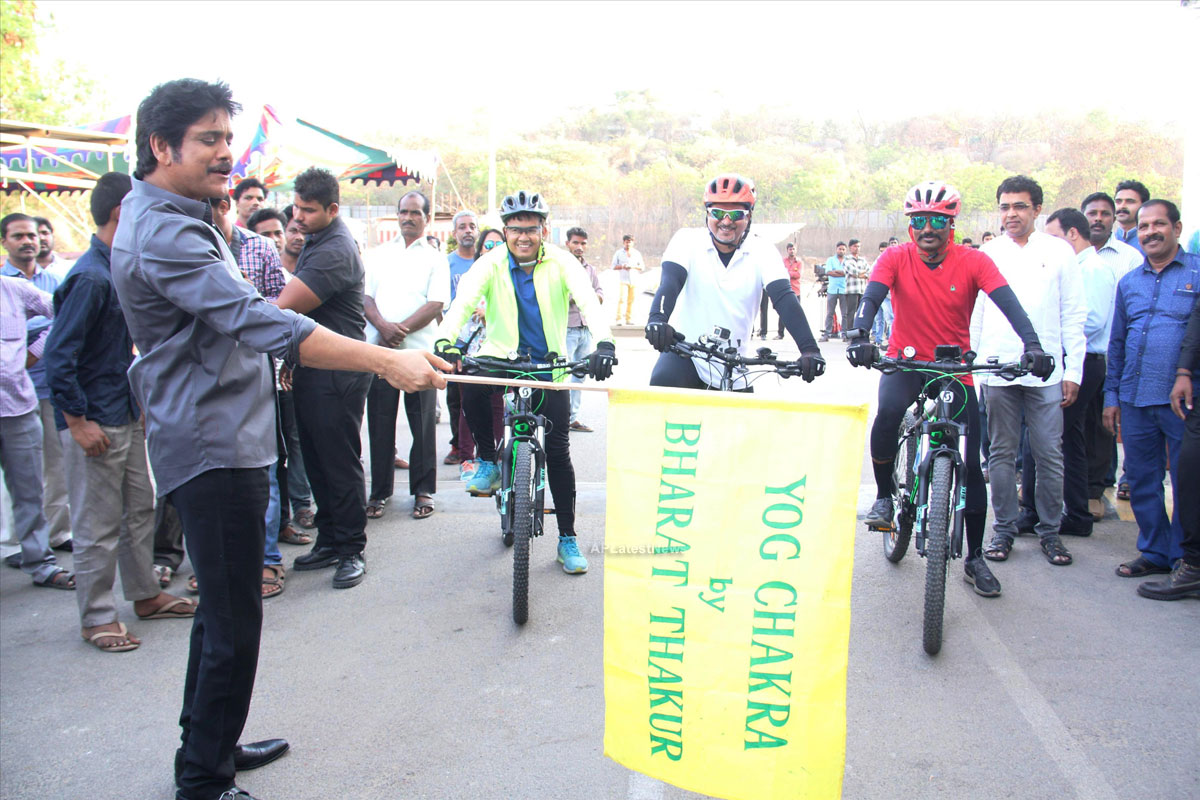 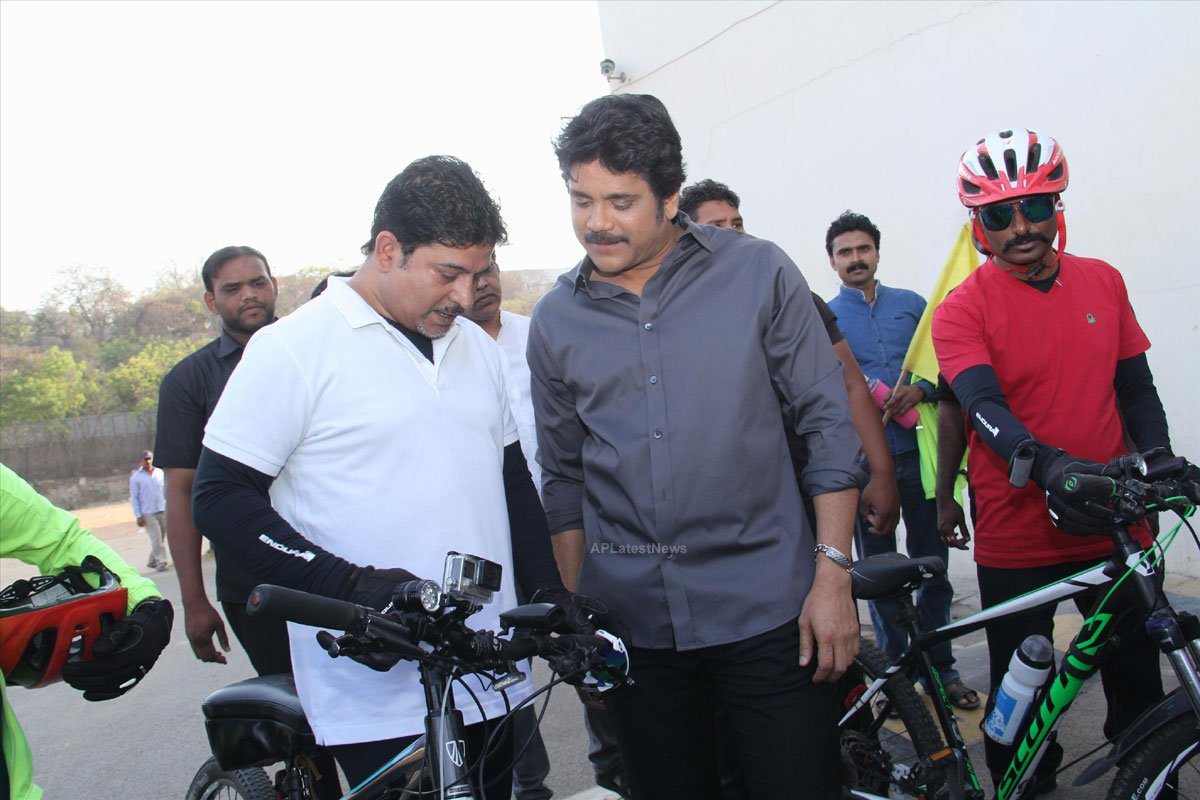 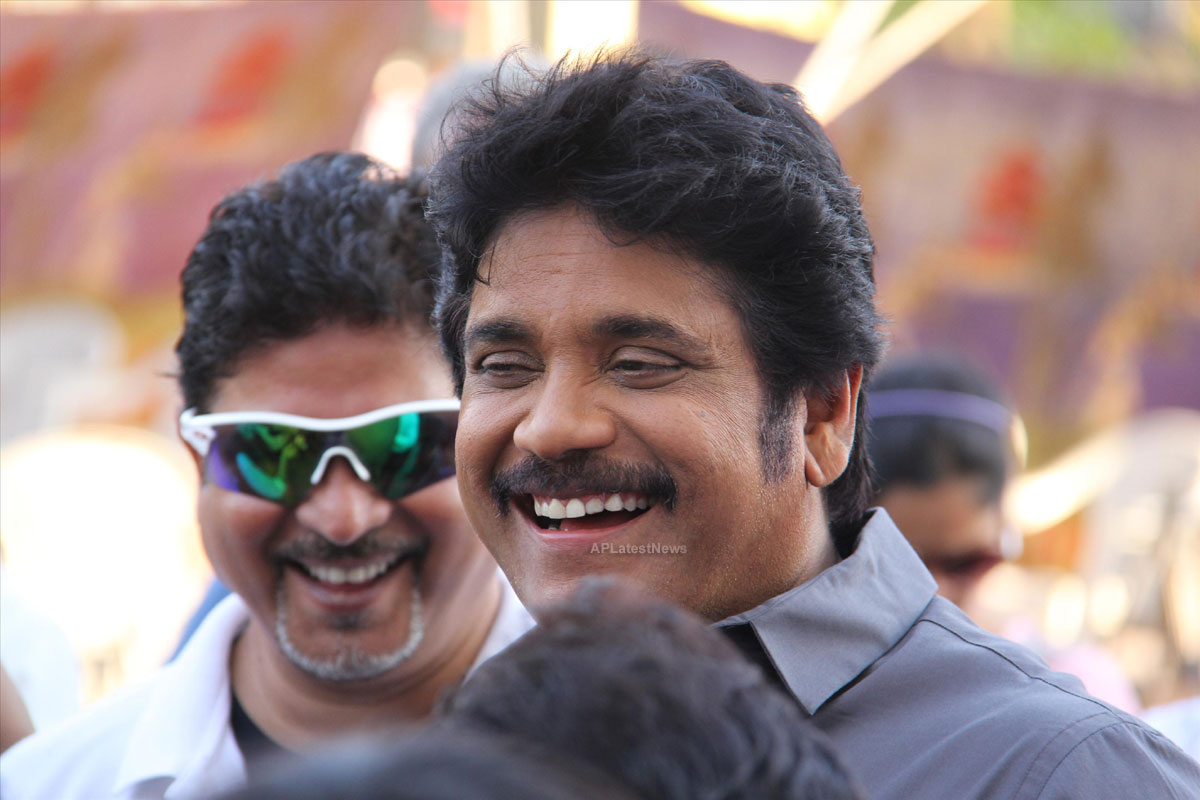 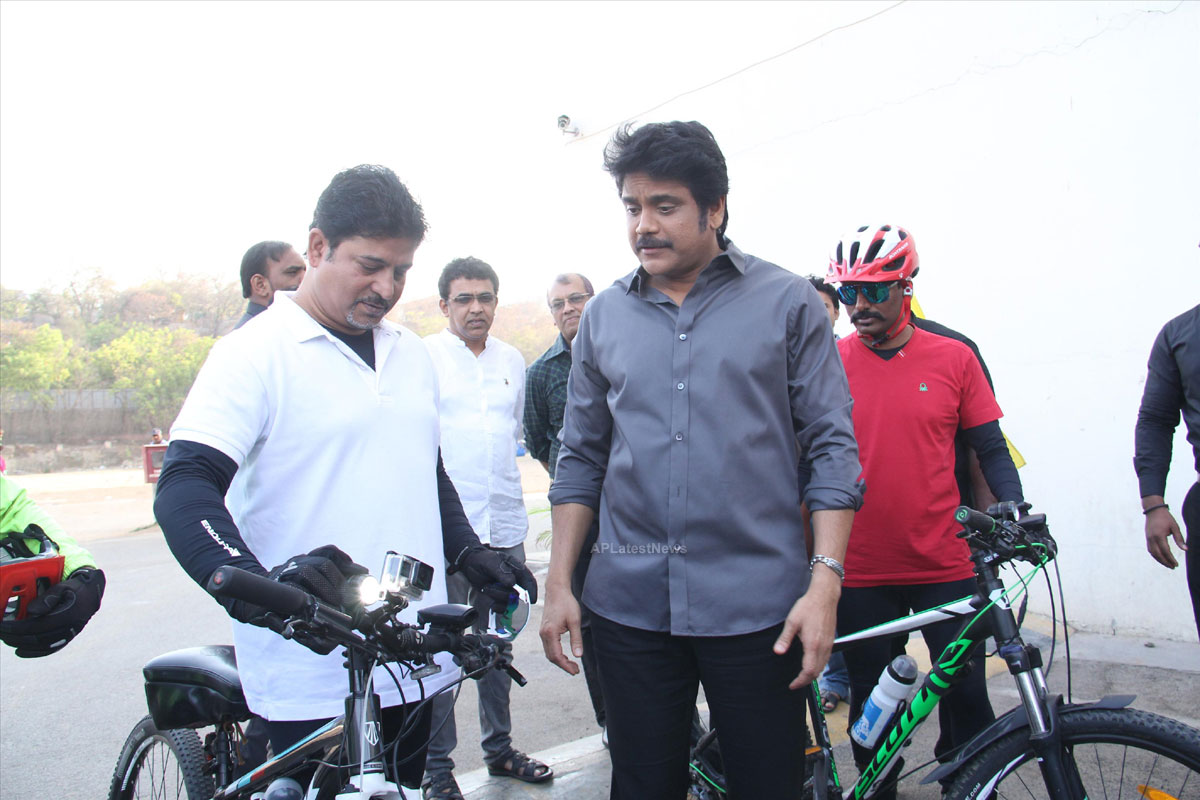 Yoga Chakra, is a 90 day mega cyclathon led by renowned yoga exponent and founder of Artistic Yoga, Bharat Thakur and his team. A dream project of the Himalayan Master, the endeavour seeks to reach out and spread the message of yoga and world peace through the length and breadth of the Indian subcontinent, by touching the heart of the nation and taking yoga back to its roots.

Yoga Chakra began on February 14th, 2016 from Kathmandu, in the lap of the Himalayas and through the course of the cyclathon is travelling through 2 countries, 11 Indian states, covering a distance of approximately 5000Kms, culminating in the tip of India - Kanyakumari.

After the flag off from Kathmandu by His Excellency Shri Ranjit Rae, Honorable Ambassador of India to Nepal on 14th February, the team travelled through Gorakhpur, Etwah, Lucknow, Agra, Delhi, Kota, Jaipur, Bhopal and Nagpur to reach Hyderabad. His forthcoming leg would include Bengaluru, Mysore, Cochin and continue further.

The tour is peppered with road shows, talks, demonstrations, workshops and interactions with large gatherings promoting the empowering possibilities that Yoga has for the human being.

On the endeavor, Bharat Thakur said - Getting in touch with our inner cord and invoking the roots of the Indian subcontinent has always intrigued me. My attempt through Yoga Chakra is to take a step towards reaching out to a lager section of the society by creating awareness among people with lesser access, about how Yoga is a complete way of life. Yoga works on the individual and better individuals will form a better society and country. I hope this cyclathon helps me reach a step closer to my ultimate vision of spreading yoga, peace and harmony.

The Yoga Chakra team invites cycling, fitness enthusiasts and people at large to join the cyclathon at various legs of the journey.

Artistic Yoga is a form of yoga that combines the findings of exercise physiology and bio mechanics with the classical practices of asana, pranayama and kriya of yoga.