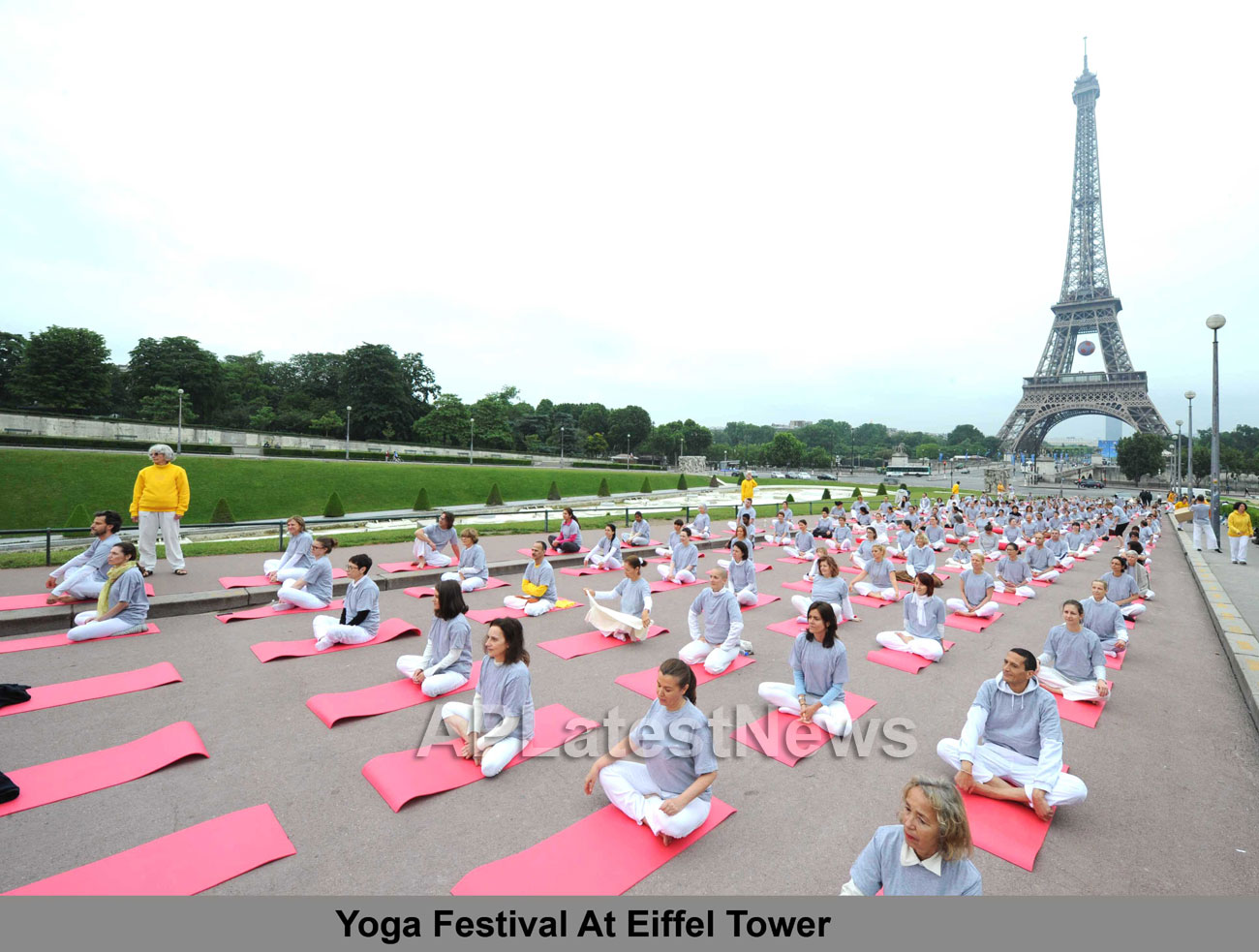 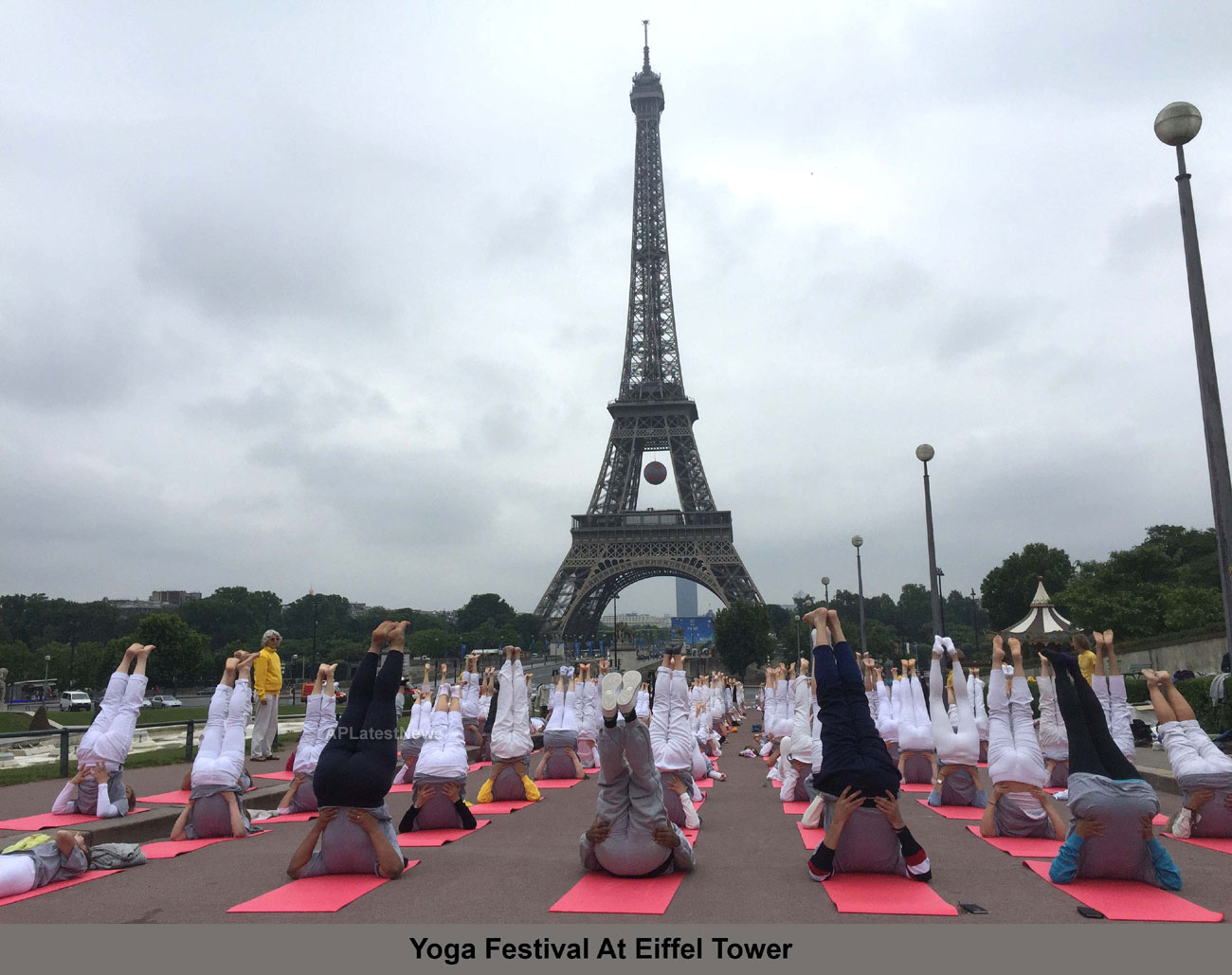 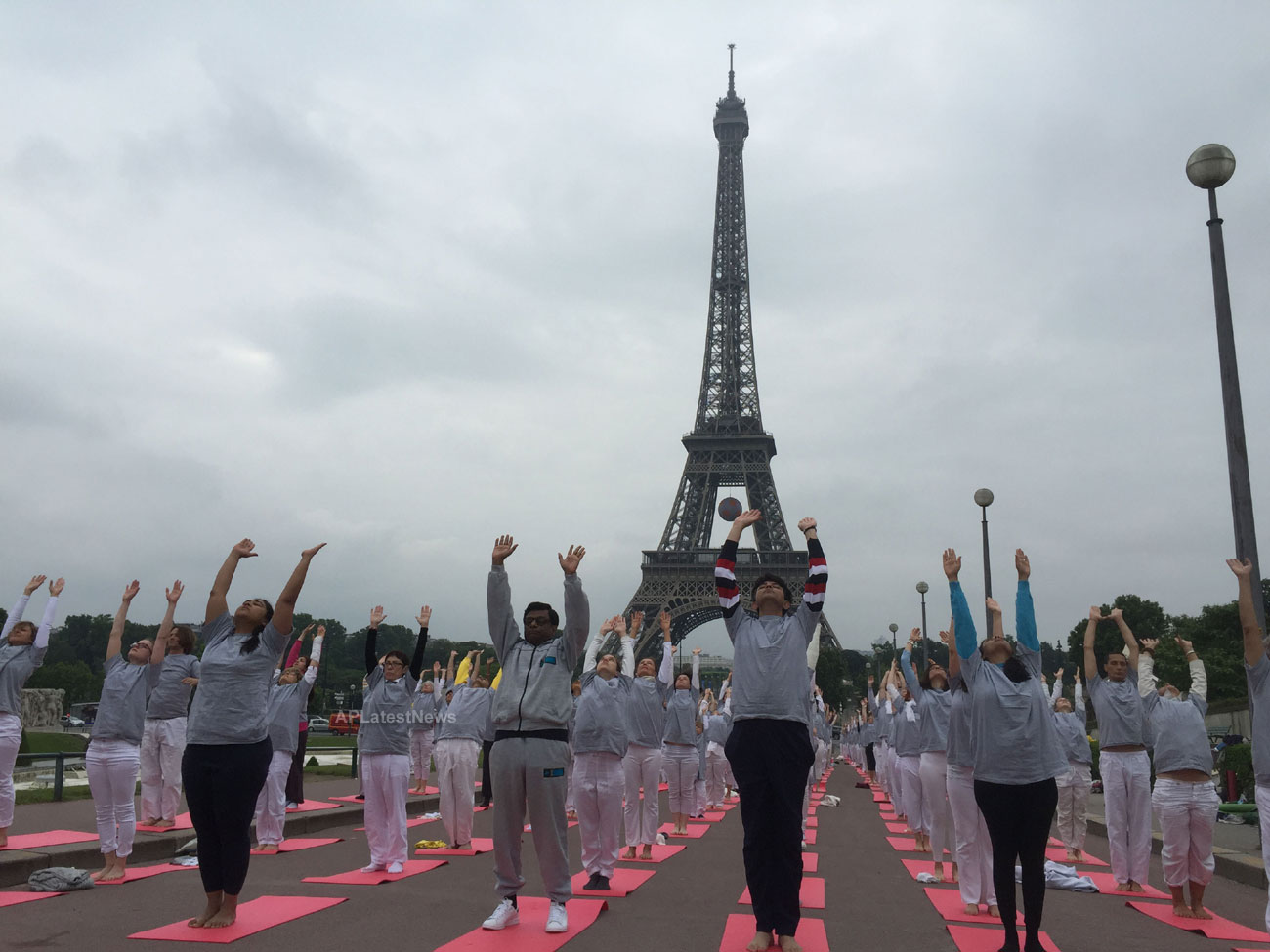 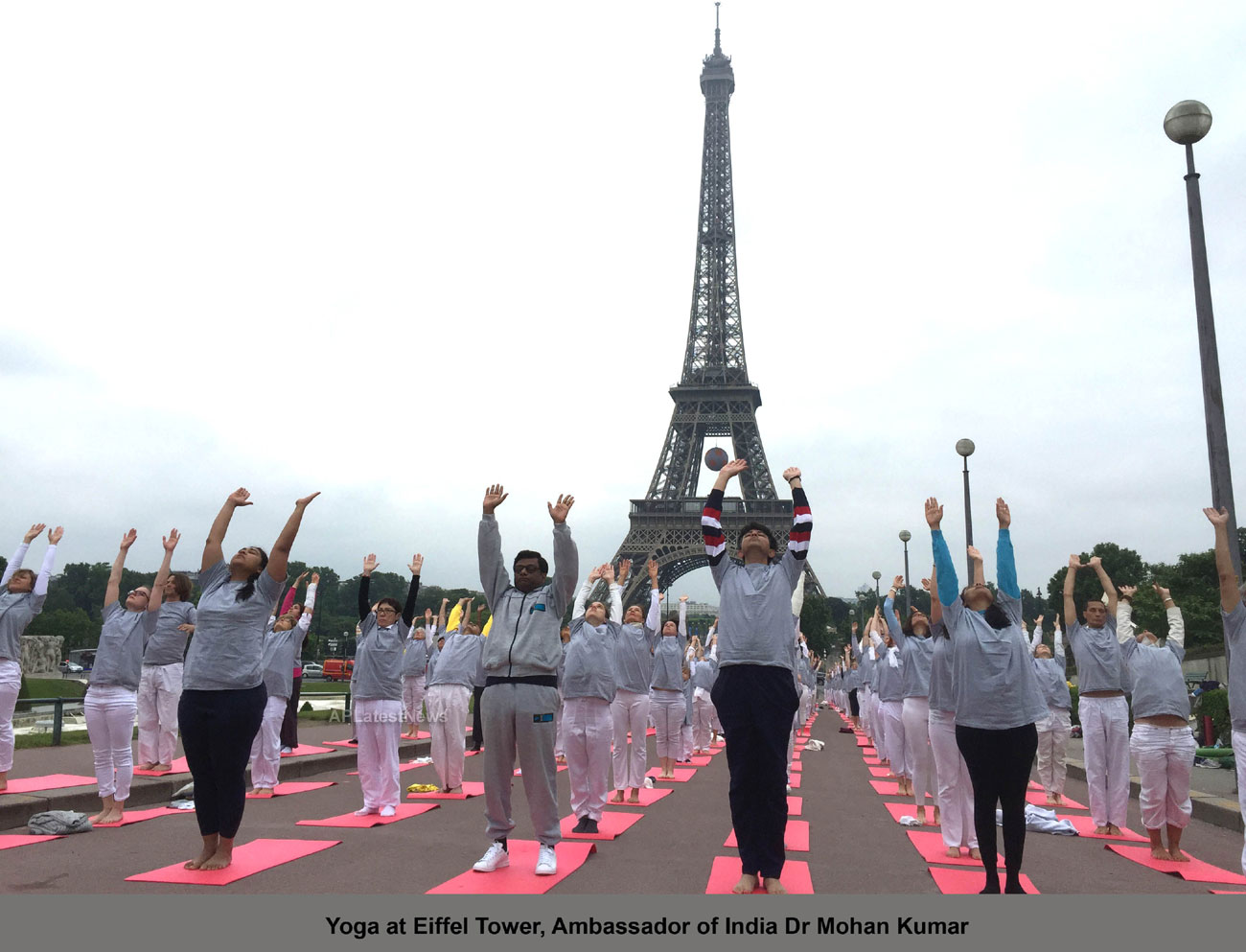 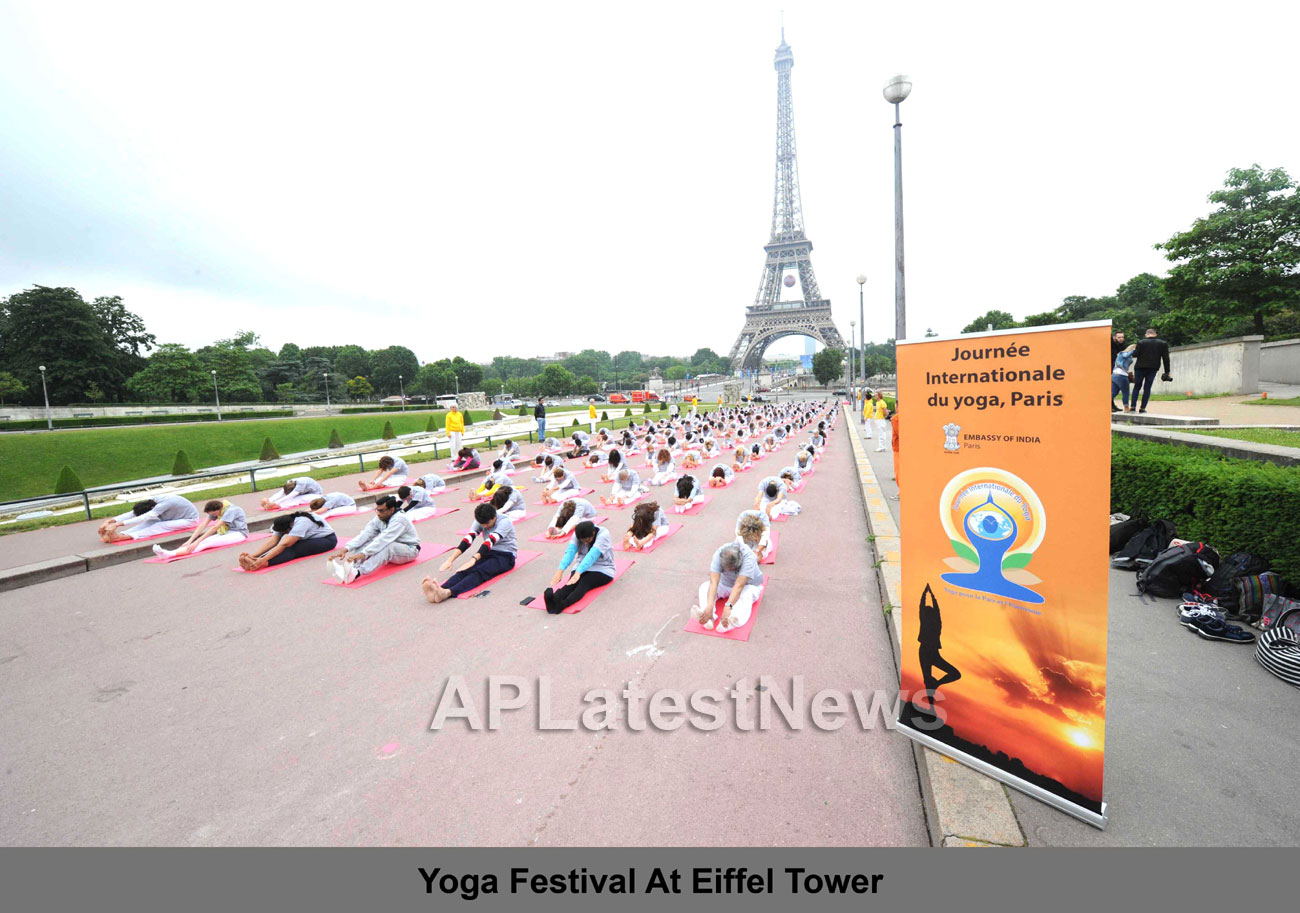 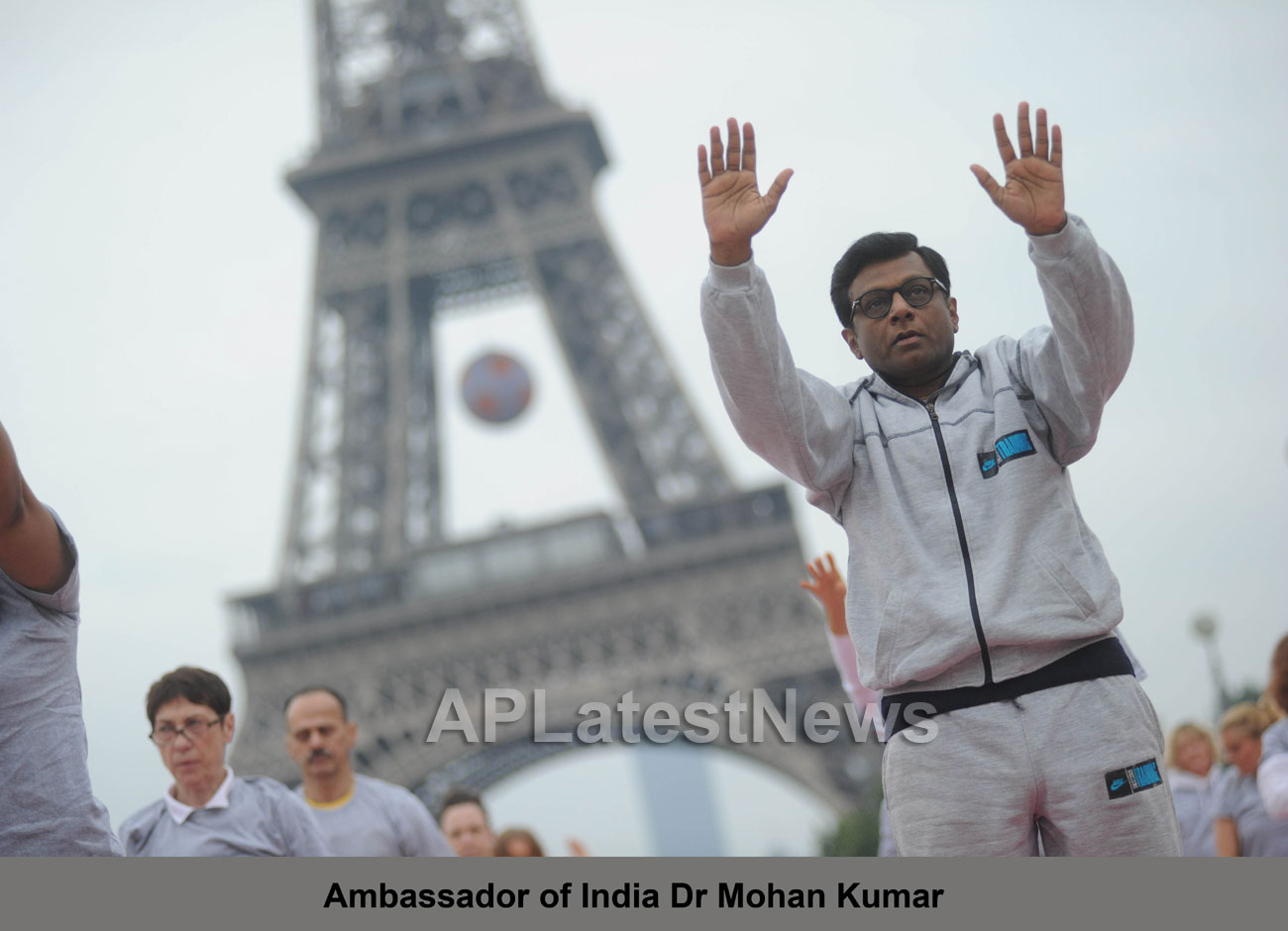 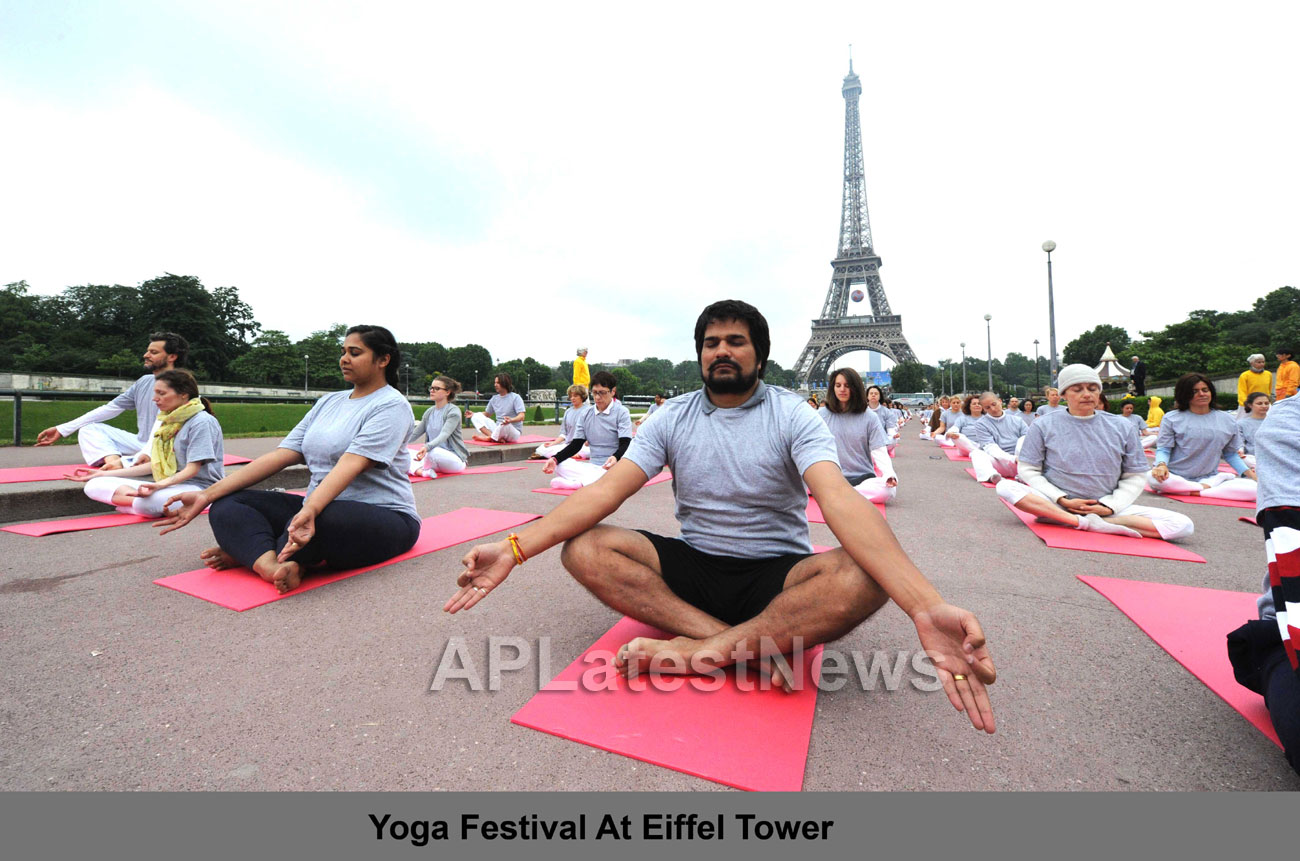 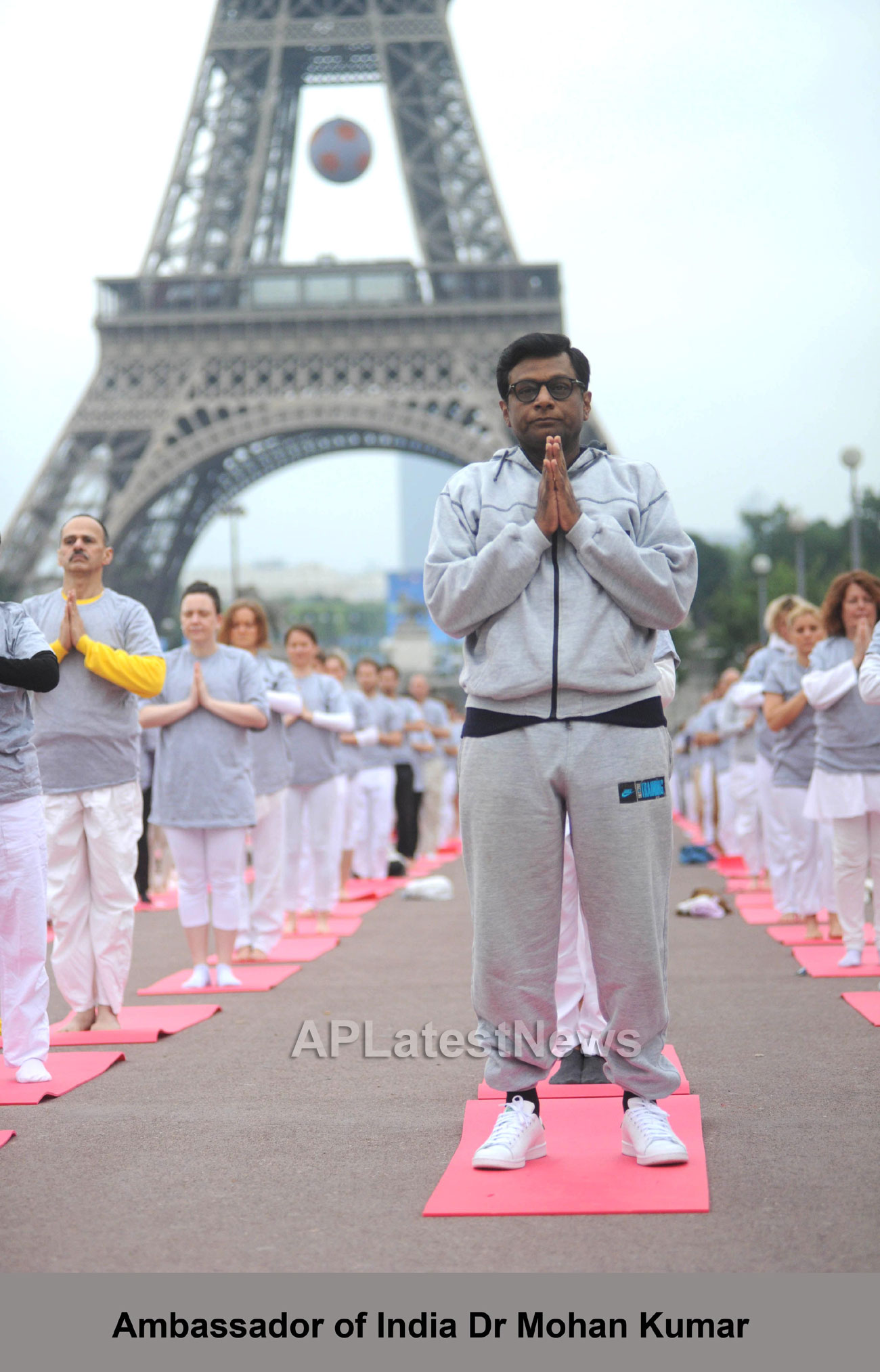 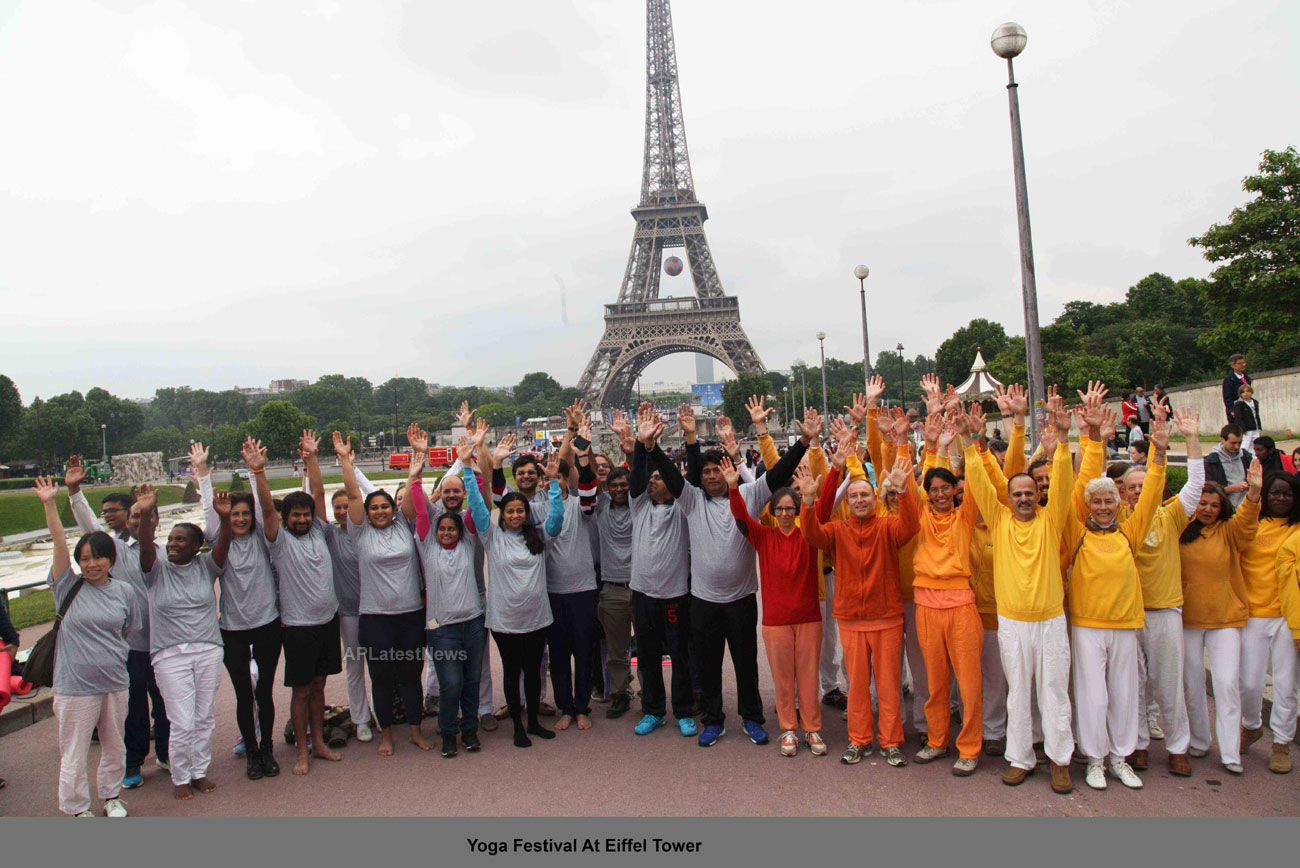 Embassy of India, Paris is organising a series of events on Yoga on the occasion of the Second International Day of Yoga. As a part of these celebrations, a Yoga event was organised at the iconic Eiffel Tower on 19 June 2016 in Paris. The event saw an overwhelming response. Due to constraints of ongoing security measures, the participation had to be limited to 300 Yoga enthusiasts chosen through a lucky draw out of more than 2000 registrations received. The youngest Yoga enthusiast was a 6-year old (boy) while the oldest was the 92-year old senior citizen.

Speaking on the occasion, Ambassador of India, Dr. Mohan Kumar emphasized the importance of Yoga for a healthy and balanced life. The event commenced with a meditation session by the teachers of the Shivananda Yoga Centre in Paris. Synchronised asanas and mudras by the participants at the foot of the iconic Eiffel Tower were a visual delight.

Earlier on 18 June, another Yoga event organised by the Embassy at the La Villette park in Paris drew more than 2000 participants. An important part of the event was a narration of personal experiences of several individuals who immensely benefitted from Yoga. Their addresses drew much applause from the participants.

On 21 June, the Embassy of India will organize Yoga on the river Seine onboard the famous Bateaux Mouches boat sailing from the Eiffel Tower to the Notre Dame Cathedral. Meanwhile, news of celebrations of the International Yoga Day is being received from many other parts of France including from the cities of Gretz, Strasbourg, Avignon and the overseas territories like Guadeloupe and Martinique islands.

Managing Director of World News Network Satish Reddy said - I am glad to be the part of this International Yoga Festival in Paris. Yoga is an ancient science which leads to health in the body, peace in the mind, joy in the heart, and liberation of the soul. I am happy that Embassy has done a very good job where thousands of French and Indians have come toward to Celebrate Yoga day and It can be said that Euro Cup and Yoga Day is the most rocking events in France.

This TV, That TV, Our TV, Your TV - But we can see all TV, Raido & Paper News Entertainment Here!
Facebook Comments
Euro Cup and Yoga Festival at Eiffel Tower Rocked Paris - Related News